An apology and explaination 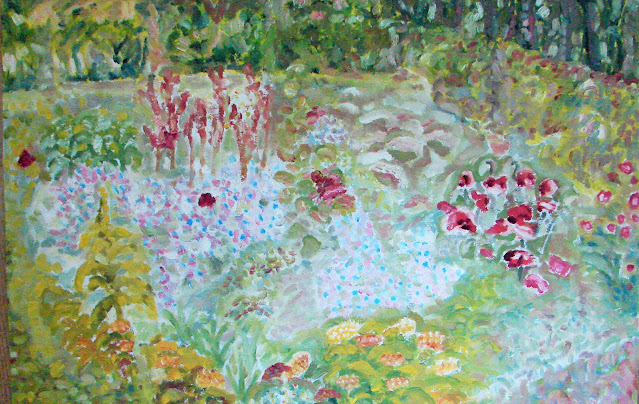 I commented on one of my blogger friend's blogs recently how I had dropped a friend because she didn't like my art. I called her an art snob. I feel like I should not have written that, but I want to explain a bit about criticism and the right way to do it.
I showed her the above painting I did in 1982-forty years ago! The scene I am describing with my friend happened about 8 years ago.
Anyway, when I showed her this painting, she groaned. I was hurt and put it back on the wall where I have hidden it-way upstairs.
She offered no explaination or ways I could have improved what I did. No reasons at all-just that she thought it was awful. Her art was very different but I appreciated it-it was very abstract. But like I said in my comment, she was showing work in galleries and shows and had sold work too. AND had a college degree. So I felt like her dislike of my painting had some value and that my painting was just plain bad.
Right after I had painted this back in 1982, another artist saw this painting. He said it lacked values.
Now there is the difference. He pointed out what was lacking (one of the many things).
The difference of the critques? I was given no reason to like my painting or feel it had any worth at all from the woman artist. The man told me what the painting needed without his own opinion of whether he liked it or not.
An explanation-the woman artist and I were not close freinds and we lived many miles from each other.
Perhaps she just had a hard time giving good criticsm. Maybe that is an art form also, but I think it's important to never make someone feel like they are a failure.
I aplogise if I have sounded like a snob myself. It was just as wrong of me to drop her as what she said to me about my art.
Living well and right is not easy....
at August 01, 2022

I for sure wouldn't show my art to her, makes me think not to share at all, as I know my paintings are not good.
this is the problem with the world today too many think only of themselves and put everyone else down

Critiqing art should never put down the artwork or the artist. To do so is rude, and unprofessional. Art snob is tons more polite than her opinion, as well as what I think of her.
I agree with the 2nd artist guy on it lacks values. Definition from one area to the next is difficult to make out, online even more so. Overall, it has charm in an English garden style, full, lush, colorful.

It's always hard when we put ourselves and our art out there. It's also hard when we say or write something we wish we could take back. Believe me, I know.

Your art is yours.. You need to own it for its beauty and value that YOU place on it, not what someone else feels or believes. I often like something I make that practically get no comments or praise, but art I think sucks, others gush over. It's rather obvious I am not even a good critic of my own art, so how could I critique someone else's. Trust your own voice and bring that painting into the light, dear Debra.

Before I read your post I looked at the picture a bit and found it fun. The pretty deep pink flowers on the right were especially catching my eye. I am always surprised to hear of artists, of all people, who are so hard on, or unhelpful toward other artists. Putting one's creations out there is a very vulnerable thing to do. An artist, of all people, knows that, and I would think would have (or would naturally develop) the capacity to offer other artists more helpfulness than to simply moan or be dismissive of another's creation.

Criticism is okay, but it must be relevant and help us to improve. Criticism that is hurtful is not a way to bring us forward. Hugs, Valerie

There is really no apologies needed. The woman was wrong in her attitude and she is, in my opinion, is a snob. Believe me she didn't start out great. As artists, we are always learning. Doesn't matter where we are on our art journey. For those who think they have "arrived" are the people who are insecure and jealous.

She groaned ? It looks like someone knows nothing about Constructive Criticism. That was very rude and unkind, and not helpful at all.
I think your painting is lovely, and at first glance it was the colors I found so lovely. I know how difficult it is to not take someone's comment, or in her case a groan to heart, I have had my share, but all we can do is create what is in our soul, and move forward.
blessings,
Penny

Debra, thanks for your visit! I am not familiar with the Hansa rose. I would love to see it on one of your posts, or did I miss it?
Take care,
Penny

Thanks so much for your visit again. I am so happy you enjoyed the Coach!
Blessings,
Penny

Oh Debra, what an awful thing for that friend to do. I would have dropped her too. Things like that really hurt my feelings. You are an artist...and a good artist. There's something about the painting that I really like. That was my first thought when I stopped by. I've been missing your posts lately. Just enjoyed catching up. You are also an artist in the garden. Your garden and flowers are so pretty.

Oh yes Debra,
I would love to see your Hansa rose when your rain lets up.
Rain, oh please send some my way!

How hurtful and rude! I think your painting is beautiful Debra.

Debra when I spotted the painting...I only thought of Monet and his lovely impressionistic works. Your colors are soft & lovely and to hide it upstairs is a loss to those who would see it and enjoy the beauty of a garden of blooms. Your thoughts on constructive criticism is very insightful. It is so difficult to put our art out where it is seen and then receive such hurtful results. I have never been sure who is worthy to criticize another's art...especially when it is made from the heart. So in my humble opinion forget what others think is good and paint what you love and do it with joy my sweet friend. Hugs!

It's a wonder what God can do with a broken heart, if He gets all the pieces. ~Samuel Chadwick
Lord, purge our eyes to see Within the seed a tree Within the glowing egg a bird, Within the shroud a butterfly. Till, taught by such we see Beyond all creatures, Thee.. ~Christina Rossetti 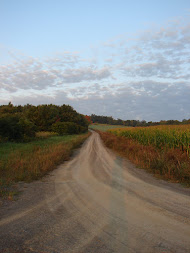 What's in this blog~

Me and My Man

Please do not copy my photos or art work. Thank you!

Debra
I'm in love with the beauty God made, and His Word. I'm learning to be a painter; I work with acrylic and gouache. I like looking at the sky in all kinds of weather.